The State of Women in STEM

The future is female, or so we have heard. Go online and you’ll see the latest “girl power” phrase proudly proclaimed by women of all ages and the next generation of little girls. In a flurry of inspirational hashtags and Instagram captions, a growing chorus of 21st-century women appear optimistic about the world that together they can build.

The architectures of the future are likely to be archways between physical and virtual domains, public space and private life, the ingrained challenges of the past and a glittering hope for progress toward a world where equality of opportunity reigns free.

As the technological advances of the space age propel the future of work and life forward, now is the time to ask: where do women and girls stand? And who is designing the parameters of the spaces in which they will live out their hopes and dreams?

The State of Women in STEM

The new frontiers of science, technology, engineering and math (STEM) represent promising engines for future global economic growth and innovation. The UN estimates that in Europe alone, there will be 7 million STEM jobs by 2025 and not enough qualified workers to fill them. And yet, it continues to be a sector in which female participation, education and career advancement lag woefully behind.

In 2017, UNESCO released its flagship report, Cracking the Code: Girls and Women’s Education in STEM. “Not only do girls have fewer initial education opportunities, but there are systemic impediments at every step that push them out of the STEM fields,” reports UNESCO, detailing how the global gender gap develops throughout the pipeline:

Female participation is especially low in Information, Communication and Technology (ICT) fields. Worldwide, only 3% of women in higher education choose ICT studies. That statistic is particularly alarming given how much these industries are shaping the future.

What is the real cost when women are so starkly underrepresented in the STEM fields?

The Cost of the Global Gender Gap in STEM

The impact of this gap is far-reaching. When those designing the world come mostly from one gender demographic, the needs of women and girls are all too often left out of the picture. A lack of female perspective can lead to critical gaps in funding, research and prioritization, as well as empathy for how something may affect half the population.

Consider for example geotagging, which is an automatic function of many apps today. Not only can our smart devices and social media platforms track our locations, they often broadcast them. This privacy concern poses a special danger for women and girls, who experience startlingly high rates of stalking, dating violence and domestic abuse.

When the user experience of women and girls is not taken into consideration in the development process of shiny new inventions, the end results can be grave. Secret or disappearing-message apps like Snapchat and Kik are beloved by teenagers but their design also makes them favored hunting grounds for child predators and sex traffickers.

What happens if instead of women and girls bearing the unintended consequences of scientific and technological advancement, they become the architects, the focal points?

Our world might start to look different. Consider instead crowdsourcing apps designed to allow women to name, locate and report street harassment, which hinders their ability to move freely within public spaces and transportation. In India, a woman created one such app, Safecity, after the tragic rape and murder of a student on a bus in Delhi. Data collection is a starting point to identify and address problems with policymakers.

The global gender gap in STEM means not only untapped female talent but a world of unrealized innovations that could positively impact women, girls and their communities. Young women are using invention for social good: such as Iraqi teenagers who turned their school science fair project into a bomb-sniffing device, or those manufacturing banana fiber sanitary pads in India to improve access to menstrual hygiene products.

Today, there is a clear global imperative to increase women and girls’ representation in STEM. Doing so can move the needle forward on the UN’s Global Goals for education while also helping to facilitate broader societal progress towards gender equality.

Girls Can Crack the Code

The good news is that a strong movement is underway to help build up the pipeline of young women entering these fields and narrow this gap. Efforts to attract girls into STEM play an important role in addressing the stark digital divide that girls face in accessing the opportunities of a world that wasn’t always built with them in mind.

How do we change the formula that keeps girls out of STEM classes and careers?

Seeing is believing, especially for children when it comes to where they can envision themselves as adults. Too many girls bump into stereotypes that dissuade them from STEM in the classroom or culture, and end up taking themselves out of the equation. A recent study by the Inter-American Development Bank found that 75% of self-mocking messages about ability in STEM subjects posted to social media were made by girls.

Role models can help girls imagine themselves as astronauts, chemists or hackers. Media representation of female scientists and engineers in film and television encourage girls to never stop dreaming those dreams. In 2016, Hollywood scored a break-out hit with Hidden Figures, the Oscar-nominated true story of mathematician Katherine Johnson and her fearless team of black women, who overcame the racism and sexism of the 1960’s American south to help NASA launch its first astronauts into space. They are now immortalized as best-selling Lego toys, inspiring girls to play and imagine.

Today, dedicated coding schools are popping up to empower girls to take an active role in computer programming and create new applications for technology. Code to Inspire, Afghanistan’s first all-female coding school and its young female Afghan founder are working to launch young women into careers in technology and entrepreneurship. From Chicago to Johannesburg, Black Girls Code is training girls of color with the STEM skills to become leaders in their communities and architects of their own digital spaces.

As access to mobile and internet connectivity continue to explode around the globe, the opportunity for young women to code the parameters of their own worlds could help create a ripple effect of gender-sensitive applications built to empower their users.

Women, Technology and a Changing World

Technology has the potential to alter the lived experiences of women and girls across the planet. The majority of women in industrial nations and a growing portion of those in emerging economies will have their lives influenced by communication technologies and opportunities they provide. Mobile phones and social media in particular are changing the way that women can track their health, look for work and connect with one another.

Our social fabric has gone digital. Virtual communities can give women a chance to participate more fully in the economic and social life of a country. In Saudi Arabia, the company Glowork utilizes teleworking to enable greater female labor participation.

Movements for women’s rights that transcend borders are growing online and spilling into the streets. The Women’s March is a prime example, spreading like wildfire around the globe in 2017 after the U.S. spectacularly failed to elect its first female president.

The promise of technology in women’s hands cannot be underestimated. It can open new channels of access where social barriers once existed. It can help increase female agency by putting better knowledge and tools at their fingers tips. It can offer a platform to address gender inequality in their own lives and a megaphone on which to be heard.

That which cannot be seen or named often goes unreported and unchallenged. Now, common occurrences which women have long suffered alone and in silence, such as discrimination and violence, are being made visible as endemic patterns within society. A more equal world requires female representation in both voice and problem solving.

A Room of Her Own in a Digital World

There has been fascinating work done on what it takes to make public space work for women. In the built environment, urban designers can pay special attention to features that make parks more accessible for mothers or streets safer for women walking alone.

What happens when we apply that lens to the digital public domain?

The results are rather dismal. Amnesty International found that 1 in 5 women reported being the targets of online harassment, according to its poll of 8 high-income nations. Platforms like Twitter have struggled to combat gender-based hate speech online, including verbal abuse, violent threats and “doxxing,” the release of private information.

For women entering male-dominated tech fields, the toxic culture women face online unfortunately can mirror the experience encountered by those who could help work to change it. Gender discrimination in the workplace can stymie women’s contributions and career advancement, leading to labor attrition. Case in point: tech hotbed Silicon Valley has gained notoriety in recent years for enabling hostile work environments toward female employees, ones plagued by misogynistic attitudes and sexual harassment.

Women are moving around these obstacles by creating their own spaces and networks to help one another thrive. Women in the Digital Ecosystem (WiDE) is one such community, promoting the inclusion of women in the digital economy. Co-founded by a young woman in Argentina, it has since expanded within South America and to Spain. From its launching pad in South Africa, Women in Engineering (WomEng) is a leadership incubator co-founded by two young female engineers that now reaches 17 countries.

Ensuring the Future Is Female

Gazing out towards the new frontiers of space and time, it is clear that there are opportunities and obstacles alike. How do we elevate the best of what humanity has to offer and keep the mistakes of the past in the past, as lessons for the history books?

To not replicate entrenched systems of discrimination requires conscious effort. This means asking the right questions of how innovation could be used for benefit or harm. We need to know what biases are being picked up, whose perspective is being left out.

What happens, for instance, when we program Artificial Intelligence to “learn” from modern day humans? Microsoft quickly ran into a problem with its AI chatbot, which picked up new language from interacting with people online. It didn’t take long for the software program to start parroting racist and misogynistic phrases it learned online.

When we think about the future, we must ask ourselves how we want it to be different from the present and who we must include in order to get there. With women and girls on board, we have the chance to engineer a more just, equal, representative world. 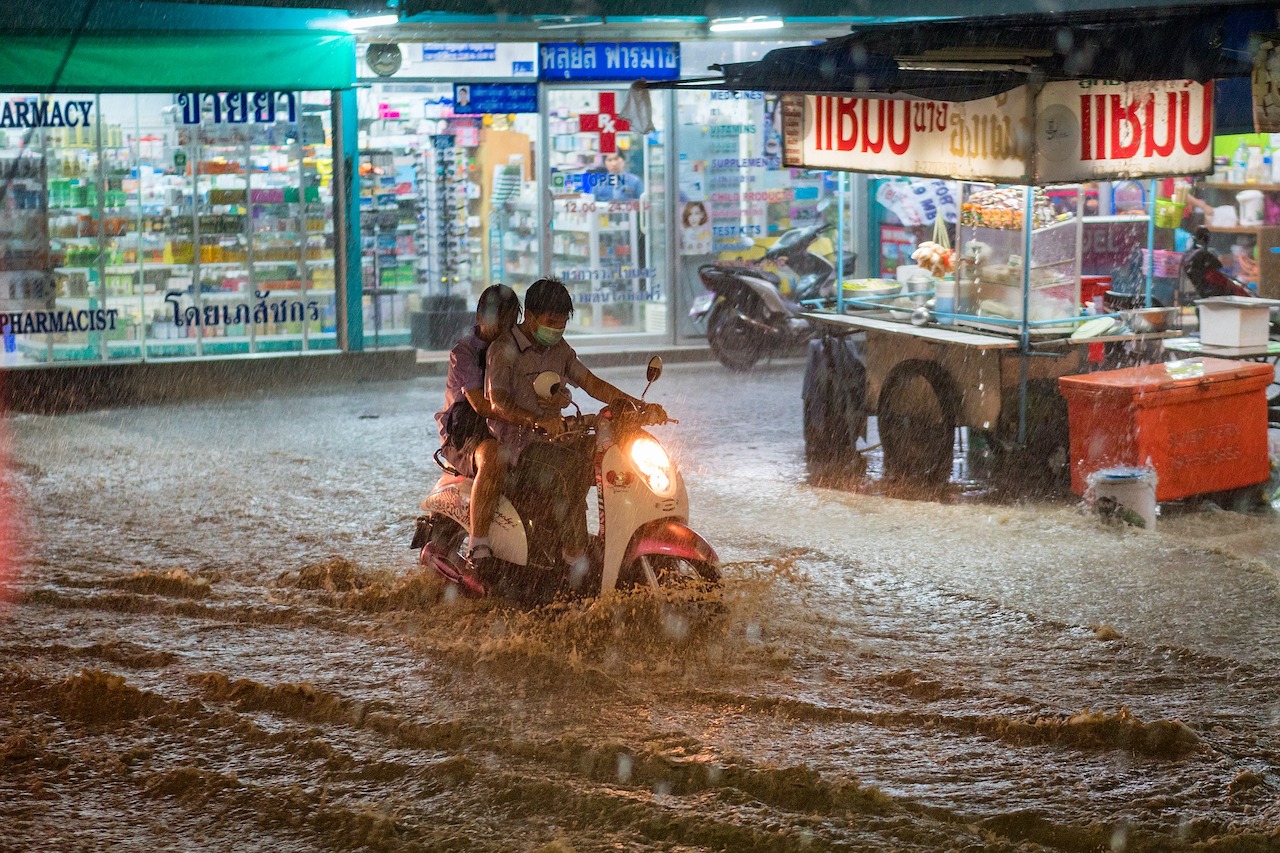 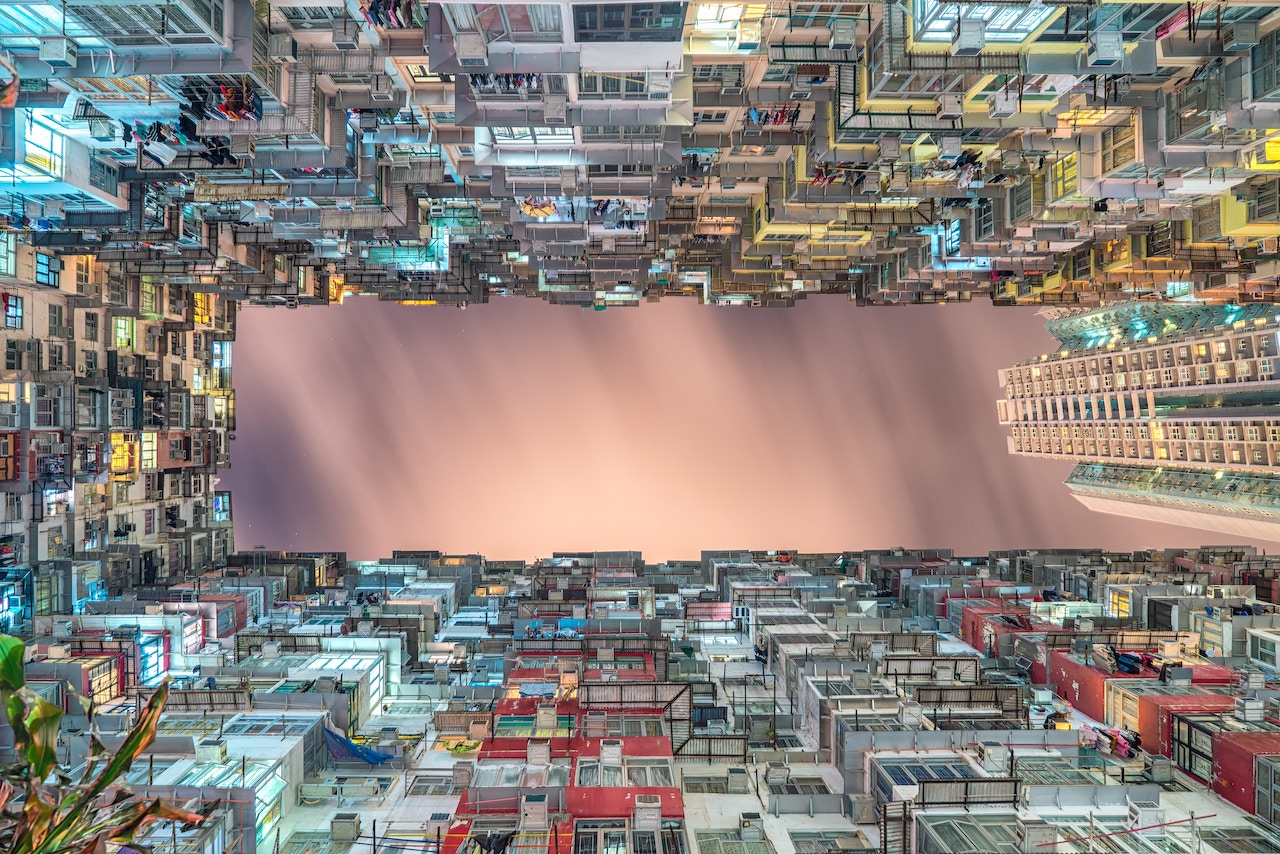